Acute shortage of face masks and sanitizers around the world due to the rapid spread of the Corona virus, there is also a severe shortage of medical device ventilators that play a vital role in saving patients’ lives, including protective clothing for doctors worldwide.

To address the shortage of ventilators, automakers from the US to Germany have also been engaged in manufacturing ventilators instead of vehicles, and medical device manufacturers have already started producing large numbers of ventilators. busy.

Similarly, in Pakistan, new startups have been mobilized to create ventilators, including face masks, sanitizers and doctors, and they are ready to support the government in this time of trouble.

While several fashion houses have started making face masks, some companies have begun to create protective clothing for senators and some companies, while a new start-up in Hyderabad’s second largest city, Hyderabad, has begun making ventilators. Started the work of

Yes, a start-up company headed by Ali Murtaza Solangi, an engineer studying in the US state of California in Hyderabad, Sindh, began work on making cheap and automated portable ventilators.

Ali Murtaza Solangi, speaking at the private TVARNews’ Morning Show informer Swira, claimed that he had developed the cheapest and most automated portable ventilator that he also showed to the Pakistan Engineering Council.

He said he used automated technology in the manufacture of portable ventilators, and he used the information from the Massachusetts Institute of Technology in his preparation. 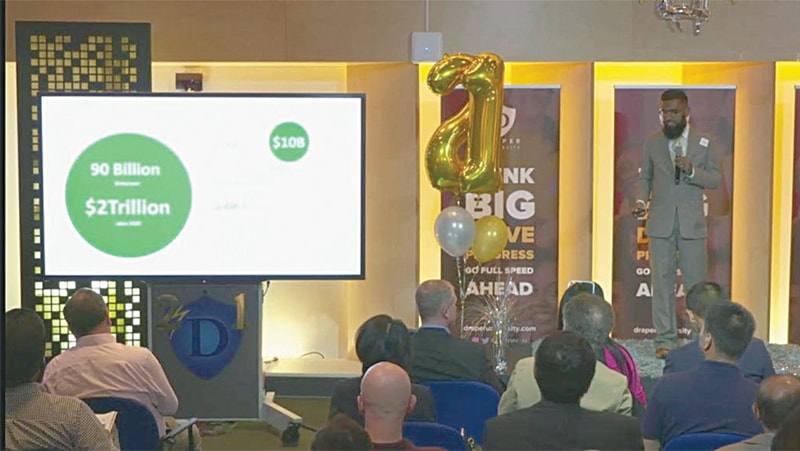 According to Ali Murtaza Solangei, who claims to produce automated portable cheap ventilators, the University of Massachusetts has opened a formula for producing ventilators, given the shortage of ventilators that anyone can benefit from. Based on the same information produced the ventilator.

According to Ali Murtaza Solangi, his company in Hyderabad is capable of producing up to 10,000 ventilators in a few weeks, and the ventilators they produce are much cheaper than the ventilators available in the global market.

Engineer Ali Murtaza Solangi said there was a shortage of ventilators all over the world and that ventilators could not be received immediately from anywhere, in which the government should provide opportunities to new start-ups and take advantage of their services. ۔

According to him, the ventilator manufactured by him will cost up to Rs 3 lakh and will not require technical staff to operate it, as the technology of Artificial Intelligence (IA) in his ventilator is manufactured. Has been used and only one doctor can monitor up to 15 ventilators.

Ali Murtaza Solangi, who is from the city of Sihon, Sindh, studied engineering at the University of California on a scholarship after studying at Sindh University and has also represented Pakistan in Silicon Valley.

Ali Murtaza Solangei has contributed to solving many issues using technology in many fields, even before the automated portable ventilator was produced.

Ali Murtaza Solangi is also the head of an AgriTechStar called Polta.

Can more vitamin D reduce the severity of code 19?

Can healthy levels of vitamin D in the body help protect people with the new Novel Corona virus from COD 19 and ICU and death? This is a question that scientists in many countries are…
END_OF_DOCUMENT_TOKEN_TO_BE_REPLACED
0
0
0
Share
Health

Preliminary results of the first vaccine to enter the human trial to prevent the outbreak of the new novel coronavirus have been impressive. The US company Moderina launched the first experimental vaccine for corona virus,…
END_OF_DOCUMENT_TOKEN_TO_BE_REPLACED
0
0
0
Share
Health

Symptoms of corona virus that can appear in 3 days