While all major gatherings are being banned due to the Corona virus, Pakistani cinema industry is also being affected by the virus.

But filmmakers and actors are hoping for the virus to end so they can return to work soon.

Speaking of films that were infected by the Corona virus, there is also a movie called ‘Do Not Disturb’ in which Saba Qamar will be seen playing the main character.

Hassan Zia and Jameel Baig are producing the film. 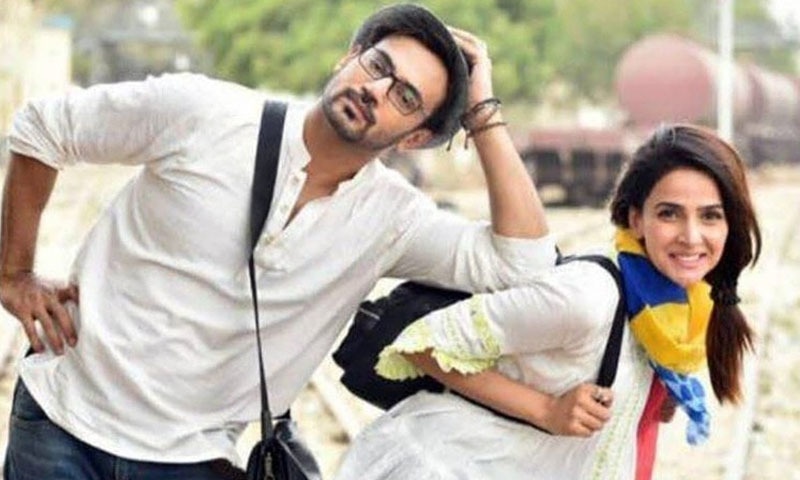 This will be the first film of Zahid Ahmed’s career and his story is a comedy. Zahid Ahmed was last seen in a play called ‘Ishq Zeesh Naseeb’, in which his work was well appreciated.

Where Zahid Ahmed appears to play a serious role in most of his plays, he will be seen in a very different role in the film ‘Don’t panic’.

Speaking to Dawn Images in this regard, Zahid Ahmed said, “I haven’t worked in any comedy project for a long time, I have played comedy in theater dramas in the past.”

Yes it’s true! Alhamdolilah it’s a very exciting time for me. With the last film project being put on hold this will officially be my debut on the silver screen and I couldn’t be happier to share it with @sabaqamarzaman who is undoubtedly one of the greatest artists the country has ever produced. Nothing in showbiz is a guarantee but inshAllah I will work hard, VERY hard to make this movie an enjoyable experience for the masses and the critics. Rest, all success is upto Allah alone. @syedjibranofficial is also playing a major role and we are blessed to have veterans like Sohail Ahmed and Nayyar Ejaz on board. The film will aim for a Bakra Eid 2020 Release. Written by: Mohsin Ali Directed by: Saqib Khan Produced by: Hassan Zia and Jamil Baig #zahidahmed #sabaqamar #syedjibran

He added, “The comedy presented in TV dramas today is quite different from the comedy projects of the past, so I am going to debrief with a film whose story is very well written. This is good business at the box office.

Referring to acting in the film after the plays, Zahid Ahmed said, “I used to have a lot of humor in the theater. You cannot express your feelings in the TV, but there is no such restriction and panic in the cinema.” There is a film that is giving me the opportunity to act openly. ‘

Read Also:Be careful, Corona is not a joke but a serious virus, showbiz star

Saba Qamar quoted the film as saying, “The story of this film is well written and my character is very focused.”

According to the actors, they hope that the shooting of this movie will be started soon.

Indian singer Kanika Kapoor was diagnosed with the Corona virus last month after she was admitted to Lucknow Hospital for treatment, after which she again underwent corona test, which yielded negative results. According to Indian…
END_OF_DOCUMENT_TOKEN_TO_BE_REPLACED
0
0
0
Share
Entertainment

Due to the Corona virus, the Bollywood industry, which is ranked as the world’s largest film industry, has also stopped showing films where the film has been canceled. Hundreds of Bollywood workers have also been…
END_OF_DOCUMENT_TOKEN_TO_BE_REPLACED
0
0
0
Share
Entertainment